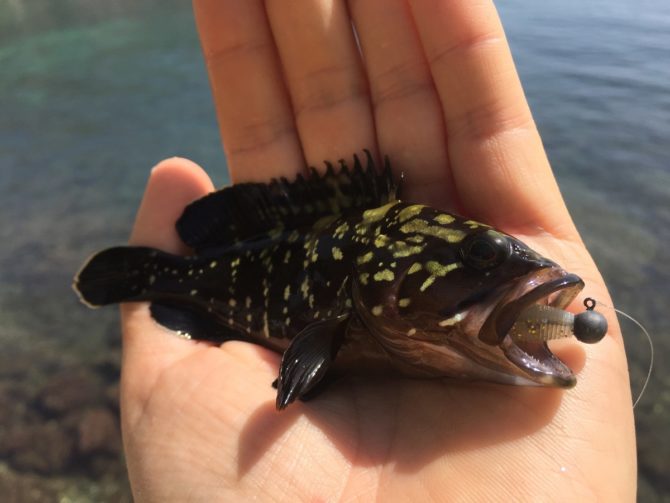 Did some LRF around Agia Efimia, while on holiday for a week on the Greek island of Kefalonia (one of our favourites). This year I played things a little differently and kept the Isome in its packet, concentrating on metals, micro hardbaits and soft plastics. Of course the plastics got hammered by unseen toothy mini beasts, but by fishing them with movement it kept them relatively safe from harm. Knight Worms are cheap as chips and really effective. I used and abused some 2″ Hart shads too.

Boy did the change of tactics show in the species. A relatively low species count considering everything I was seeing while snorkelling, but absolutely hammered the preds. Grouper and Comber came in good numbers, including an awesome looking juvenile Dusky Grouper.

On the bigger tides at the start of our week I had some great fishing with decent sized Sargo, or White Seabream. They were super aggressive and competing. I found them skirting a big ball of bait one evening and enjoyed a great session on shads, then metal, then tiny hardbaits.

Sea Scorpions are always a highlight, as was a decent sized Lizardfish I had on a Fugitive Jig. Probably a PB for me.