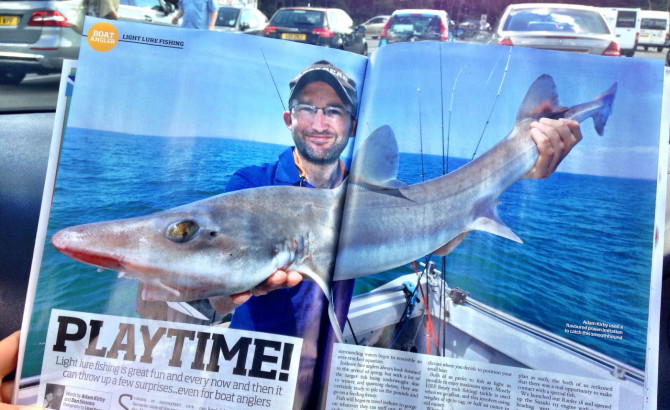 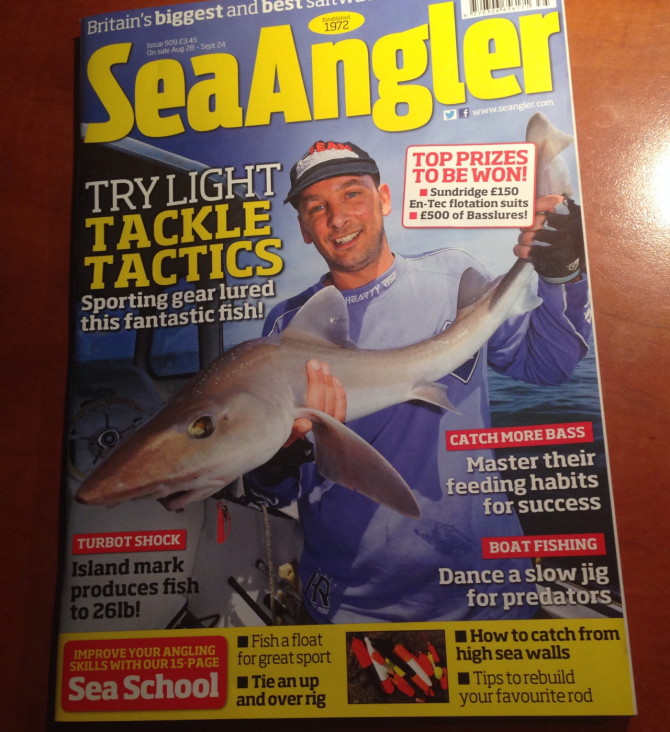 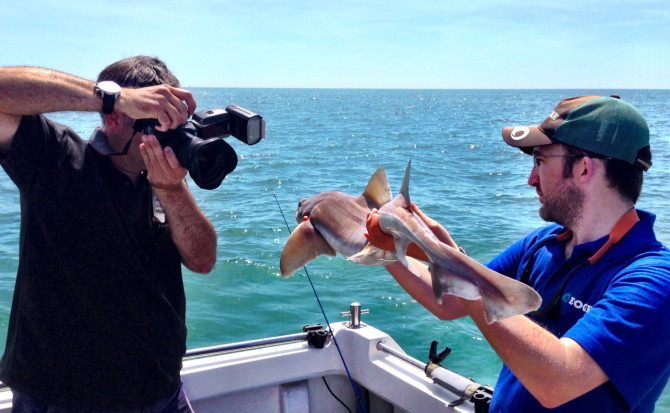 It feels like Dan and I have waited an eternity to be able to talk about this.

In early June we were out on a shoot with Sea Angler magazine and both managed to achieve a BIG personal target for each of us – the lure caught Smoothhound.

The credit definitely goes to Dan. Dan has had the belief that we could accomplish this for a while, putting in the hours both on and off the boat, thinking about marks, tactics and timing. You can imagine how we felt to be able to deliver this with the cameras on-board. I think this is the highlight of my angling year so far. The hairs on the back of my neck are standing up while I think about it now. Buzzing!

Dan had the first, a double, on a standard 2-inch Bug Ant fished Jighead, while mine, another double, was hooked on an Aussie Bream Prawn fished Dropshot. Dan definitely takes the cool points on method, as well as, most probably a UK first. I noted it has already been repeated again since (I’m sorry I can’t recall the anglers name). Top angling.

Technically speaking, this wasn’t quite LRF – but close! To give you a better idea of how much fun the fight was; Dan was using his 1-12g Lunakia Sonic and I had mine on my Palms Rampage 69 5-15g. Whoa mumma, it was ‘big game’ in miniature! The fish went on multiple, powerful runs and were VERY lively when it came to netting them (thanks to Paul Fenech!).

I love this area of our sport so much. One minute you’re targeting Gobies. The next, double figure Smoothhound. What’s next?!

Thanks so much to Lloyd Rogers – Professional Photographer for Bauer. The pictures are absolutely stunning! It’s a delight to see a professional at work.

Full story in this month’s issue of Sea Angler. Out now.