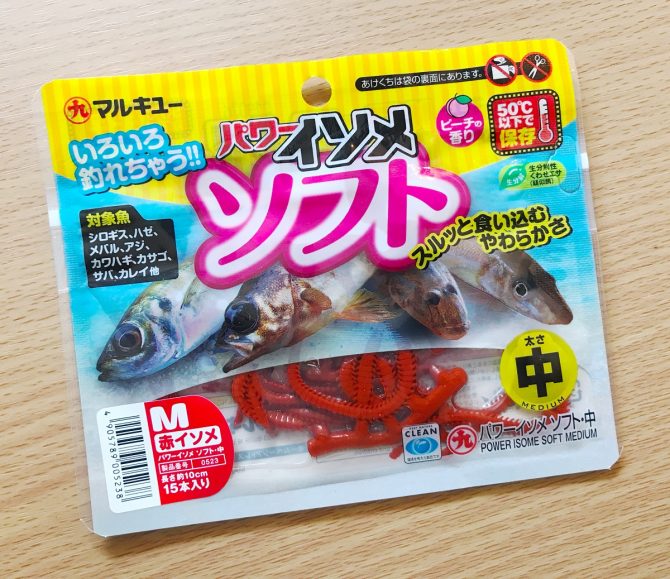 I was just going through some LRF tackle and I came across a packet of Marukyu Power Isome Soft. I picked them up on my last trip to Japan, in February. The ‘Soft’ Isome isn’t shown as a new product in the 2018 Marukyu catalogue so it looks like it’s been a JDM product for at least a year. Maybe the packaging has been updated?

A translation of the catalogue text is as follows:

This is soft textured bait formed by adding the attractive extract to ‘Power ISOME.’ The softness enables the fish to bite further into it, so it is effective for catching fish that are difficult to hook into. It is also useful when there is a lack of activity from the fish. Both women and children also love its sweet aroma of peach.

In the UK we recently acquired Power Isome Mini through Todber Manor, but only now do I realise that the Mini product is a mini version of Power Isome Soft, not the original. I think I had noticed that Mini was a bit softer but didn’t think too much of it.

So there you go. For all you Isome fans, Marukyu offers you three variants;