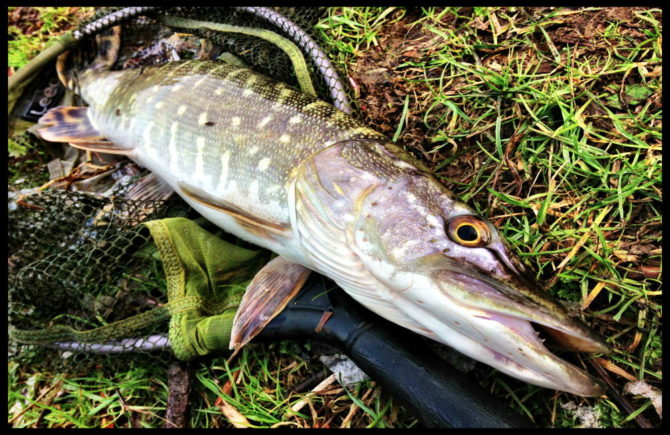 It was tough going yesterday, but with my favourite stretch of canal still well and truly open I wanted to christen a new LRF rod. The fish on the other hand had other ideas. As I started, the snow was falling heavily. I replicated the same successful techniques as I’ve been using recently with brightly coloured paddletails but nothing was doing. All the usual spots failed to deliver and I started to lose confidence. If I hadn’t been getting used to the new rod I think I would have quit in the bleak conditions but I persisted and as the evening approached I was rewarded with some beautiful, warm sunshine. I love this kind of sunshine between storms – you usually get it all to yourself!

As I walked back along the towpath to the car I was pretty certain a blank was on the cards but I remembered something someone had posted on Twitter the week before. They’d had a couple of nice fish on a cold day, on a creature bait (mimicking maybe a small crayfish or large nymph). I had some white Ecogear Bug Ants in my bag and decided to test out the theory.

A few casts later, on a slow retrieve along the bottom I felt a definite hit from a bigger fish. By quivering the rod tip I managed to keep the lure ‘alive’ while not moving it away from the attention (assuming the fish were very lethargic). It worked. And as I saw the angle of the line start to move off, I set the hook. Fish on. I immediately knew it was a Pike but it didn’t stop me wishing for a big Perch. As I slid him into the landing net it was nice to know I had christened the new rod and saved a blank.

To me, using creature baits for Pike seems unorthodox but I have a lot to learn in the freshwater and I’m enjoying every minute of it. 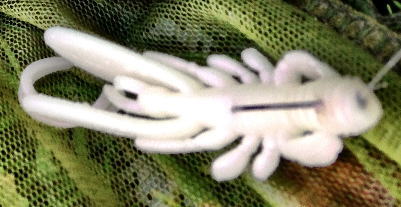