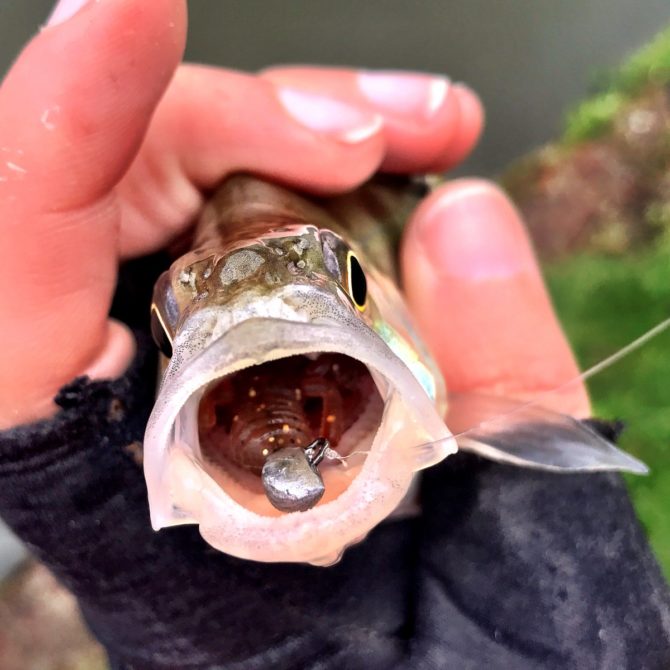 The leaves are mostly down and my Autumn perch fishing is well underway on the Kennet & Avon Canal. It’s been pretty mild with only one or two exceptions which has meant that boats have remained on the move and the water clarity has been fairly poor. But it is starting to clear, with around a foot of visibility at the time of writing.
I’ve been focusing my efforts on AquaWave lures and the HTO Bug-ga creature. Both have worked extremely well. I had a session where I had 39 fish to the HTO creature baits, which is almost certainly a personal record for that lure type. And the AquaWave lures have got me using colours that I haven’t used for a long while – specifically bright lures with glow property. They’ve been hugely beneficial with the unseasonal, poor water clarity. The green glow colour really belts light out, and despite looking completely unnatural to my eyes, the Perch have hammered it. I’ve had 50 fish to that colour alone. However, it shall soon be time for natural colours.