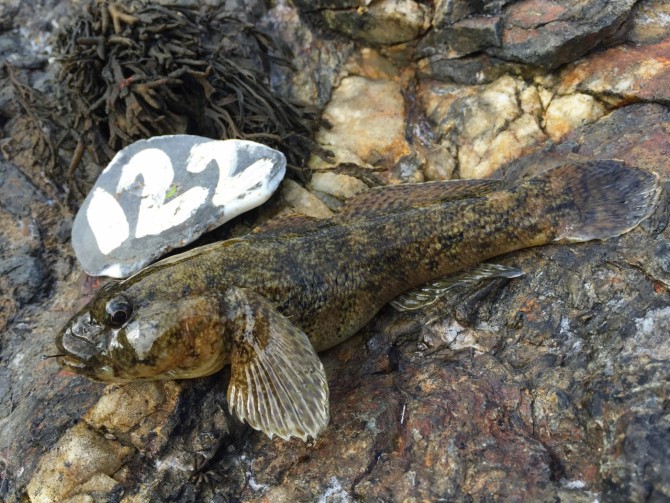 The mileometer said 620 miles, but all except the trip home flew by. Cornwall, you are incredible.

This last weekend saw myself, Dan and Chris head down to Cornwall for the annual Cornish Lure Festival – an event that’s probably still my favourite above all else. And what a turnout this year. Freshwater friends, Mark Taylor, John Cheyne and Steve Collett were saltwater species hunting, while Ward De Corte, Peter Perch and their posse had fought off the strikes at Calais to visit us from mainland Europe. Good things attract good people.

We made a discovery early on. As good as being confident is, don’t set off without at least checking the tide table. Positive thinking will not cover your chosen marks with water! It’s fair to say we found it hard(er) this year. Tide times and wind direction made it difficult to get a good run on the marks we wanted to fish. We skipped two good marks altogether. But having said that, it forced us to think outside the box and consequently we discovered new marks.

As well as new marks, we were trying out new techniques. Chris, who is relatively new to this side of the sport was catching his first fish on metals and really getting the hang of it. At one mark, all three of us landed Bass on metals casting into a ridiculously strong headwind. It was great fun and will be a lasting memory from this year.

I had pre-planned to experiment with Caro this year. With the gear sat in my tackle bag for a very long time, I’d somehow never gotten around to it – despite being sold on the method. It was effective immediately and a great way to combat the strong winds while keeping some finesse. Such was its effectiveness, I carried that outfit around all weekend, taking fish after fish. I look forward to doing more with Caro and finding that elusive Garfish.

There’s no denying that Cornwall offers lure anglers access to rarer, interesting species. The Rock Cook, a colourful type of wrasse, is always a possibility and 2015 was the third year where I was pleased to track down one of these little gems. In fact, they were noticeably abundant this year. Dan and I notched up seven of the stunners – another lasting memory for 2015.

At the end of the weekend I’d managed to add five new species to my yearly lure-caught tally, including my first Giant Goby on mainland Britain. At the close of play I’d amassed 13 species, but it was the one that got away that was the most memorable.

We were fishing the River Fowey on the second night, 36 hours in and I’d wandered off on a solo mission looking for tiny flatfish. I was really enjoying spotting various wildlife going about its business. Edible and Velvet Swimmer crabs grazing on the steps, huge prawns and then I saw the shadow of good-sized ‘Ballan’ peering out from a cutaway under the slipway I was standing on. In about 3 feet of water.

Now at this point I’ve already ticked off my Ballan, but I’m a fisherman. I’m addicted. I NEED to cast at it.

I flick my split shot rig in front of it. The fish briefly acknowledges it as the shot touches down, but doesn’t attack. Odd for a wrasse. “Is it asleep?” I think to myself.

I repeat. 36 hours of fishing have taken their toll. My cast is as little bit off. Perhaps 12-inches further away from the fish. Again it acknowledges the lure in a very un-wrasse-like fashion.

I twitch the rod tip.

It reacts and glides out from its hole to intercept, but I never see the tail of the ‘wrasse’. It just keeps on coming. It misses the lure and retreats in reverse. “Whoa. What the F¥€£ was that?!”

The penny drops. Could it be a Conger Eel?

Again, the tiredness hinders clear thinking and I flick my flatfish-intended rig at the newly identified beast. Bang! This time it nails it. And fast! I didn’t know Congers could be that active.

I’m briefly attached to the thing. It’s in reverse and doing an anti-Houdini as it vanishes further into the confined space from where it came. As it does, the inevitable happens. Ping! The leader pops on the corner of the ledge above the fish.

Oh well. An enjoyable experience and a story for the lads in the morning.

But before I’ve even inspected the damage, it’s back! Like nothing had happened. “Okay then. He wants to play!”

The strongest hook in my LRF bag is a Mosquito. I bought them for Drop Shot. I never expected to use them for Conger.

I don’t know why I didn’t up-weight my leader. Tiredness or feeling like I had limited time to seize the opportunity. But anyway, the size 6 Mosquito is now tied to my 4lb leader and I’ve attached a small split shot above. “Which of these lures is most suitable for Conger?” Said no rockfisher ever. And ‘obviously’ I reach for a classic Conger bait… A 2-inch Aqua Shirasu. Ha! It looks ugly. But here goes…

There is an irony. For 47 hours of the weekend I religiously lugged at least three rods around with me. You know, just in case. And largely the other rods lay untouched. But now I find myself in just the position that concerned me enough to weigh myself down all weekend and I’m armed with just one rod. The lightest of the bunch. My beloved 5g Reins Pro.

“Always under-gunned. Never beaten.” The motto of the diehard LRFer.

As the lure touches down for a third time, I’m delighted to see a reaction from the fish. It’s still interested. These things never give up!

Softly, softly I impart my best dying fish impression, although arguably my arm’s just shaking from the lack of sleep / food / fluids.

The creature glides out once more and inhales. I strike upwards and on feeling the fish I now know what it’s going to do. I counter, rushing into a position directly above the fish and leaning as far out as I can, rod tip almost in the water, keeping the line away from the concrete lip of the conger’s retreat. He’s writhing backwards in a slow, powerful manner and I’m resisting the urge to fight it. This is going to be a marathon, not a sprint.

I should add. By this time I’ve been joined by two lure buddies – Simon Knill and Ben Tregoning. While Simon believes what just happened – he’s experienced this ‘living snag’ before – when I proclaim the situation to Ben, I’m not sure he believes me entirely. And why would he. I’m effectively snagged! But that will change.

I’m looking for a plan. I’m not going to win this battle with force. First idea is to jump in and wrestle it, Steve-Irwin-style, but that’s quickly ruled out on many grounds. We do have the tide on our side though. It’s dropping fast and we know it’s a big Spring, but the locals aren’t confident that it will drop enough. But it is still dropping.

By this point there’s only a couple of feet of water above the eel. I reckon we’ve been locked in this position for 20 minutes. All the time I’ve had the Reins Pro in full lock, hoping to feel any sign of submission. Then Ben spots a nose poking out. I think this is the first moment Ben actually believes us.

Then relatively quickly we can see the large, reflective eye of a Conger Eel. This is way cool!

Whether it’s the approaching tide-line or the fish finally tiring I’m not sure, but the eel – that I can now conservatively estimate to be about 6lb – is relinquishing its grip.

Then after nearer 30 minutes we find ourselves in the entirely different position of quite possibly landing the thing. We’re not ready. And I’m not easing the pressure and giving it a chance to change its grip.

A third of the eel is visible now.

To his credit, Simon very bravely grabs the net and stands to my side. Ben is on the spotlight and is importantly filming the last moments of this almost unbelievable saga.

This is it. The odds are way out of our favour. We’ve done well to get to this point, but it’s not looking good. “Lady Luck, I hope you’re in a good mood.”

After a few heart-in-mouth death rolls, the Conger Eel is fully out and releases its full fury upon me. The situation is worsened by all the mud kicked up by its commotion. Simon does his best to net the near invisible beast as it goes nuts, but it’s an almost impossible task and the fish just appears to get angrier. Unbelievably everything holds initially, but I am never really in control.

With another crash the fish is gone.

I’m shaking from the adrenaline. And laughing with excitement. “How f¥€%ing cool was that?!”

Cornish Lure Festival – the gift that keeps on giving. And taking away :0)

[the video is on its way]