Catching up (life gets in the way of blogging)

Trying to find time to write a bit about my fishing is more difficult than actually getting fishing but I’ll delve back into the mind tank and see what I can come up with.

Going back several weeks I had a couple of trips to Portland along with Adam and Chris to try a side of Hard Rock Fishing I’ve managed to miss out on so far, actual rock fishing. Not many rocks around my way. The first visit was a bit of a practice for the second visit and with decent weather, if a bit windy, we wandered around the rocks throwing lures into anything that looked fishy. We geared up for the Wrasse in the main, whether HRF or LRF but there aren’t many Pollack that will pass up this Daiwa Rockfish Jighead / creature combo. 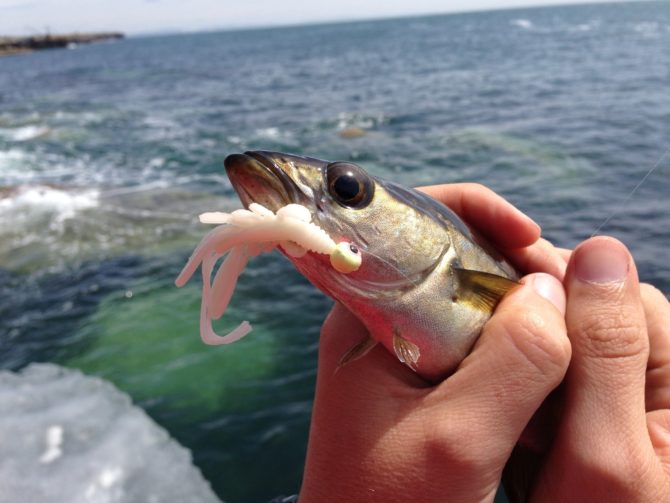 Eventually the Wrasse played ball and we wrestled a couple on to dry land. Ballans differ in appearance so much around the coast and these were funked up with a cool white stripe. This fish took a weedless rigged tiny X-Layer and interestingly for us on the day we could only get interest with smaller plastics. Anything over 3-inch was ignored. 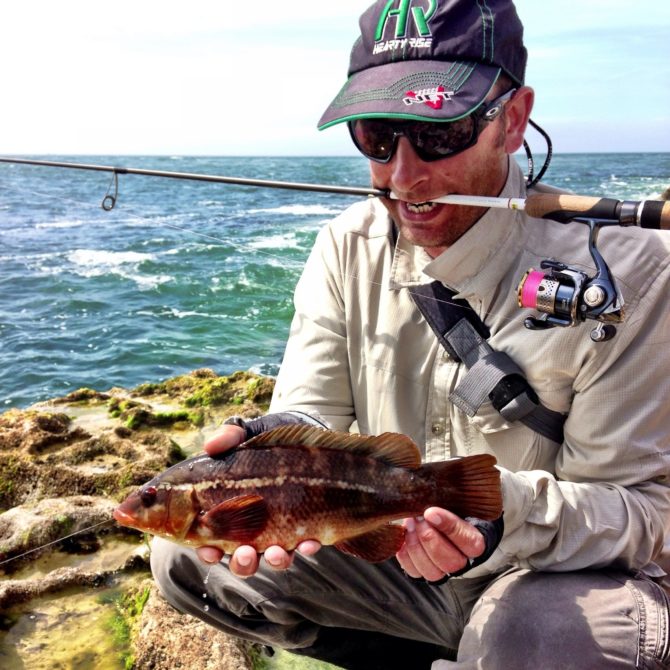 While around Portland we dropped into Weymouth harbour to see if we could catch something different but got quickly distracted by the dozens of Mullet cruising through the shallow water. After watching them feed for ten minutes we both flicked a weightless Isome on a small hook, twitched them around and within a few flicks we both got attached to fish. Landing them was an effort but worth the wet feet! 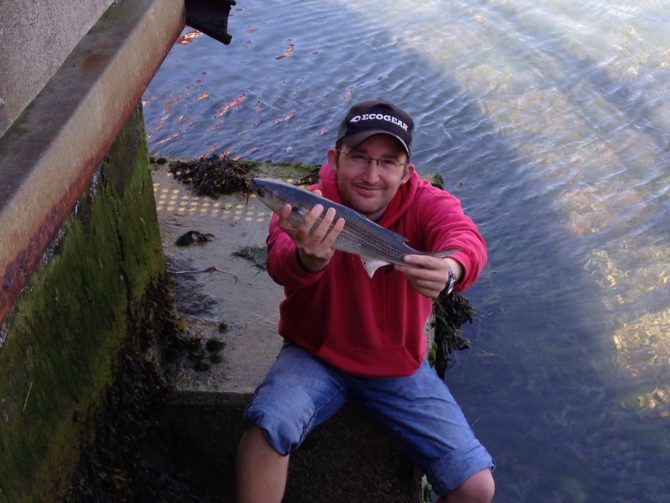 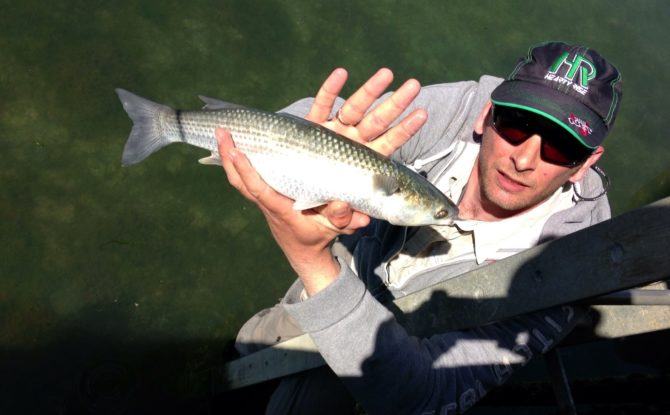