At Last The Scorpions Turn Up 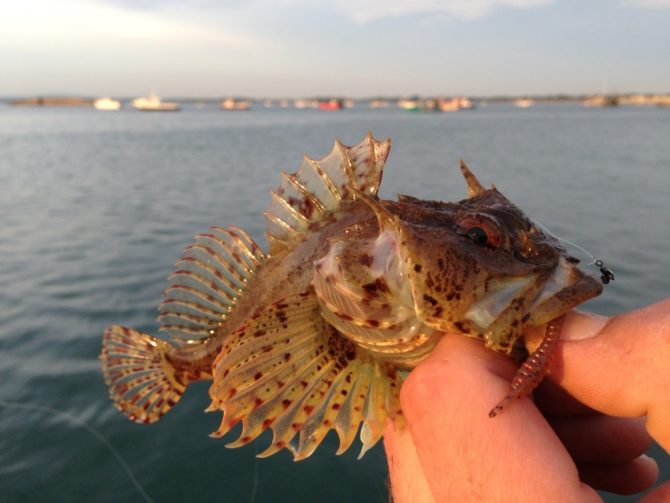 Finally the fishing has improved to a point where if I don’t catch I’m probably doing something wrong. Not a lot of variation in species though at the moment with Wrasse and Scorpos seemingly everywhere and dominating the harbour LRF stuff since the start of June in my part of the world.

I’m a big fan of Reins lures and the whole French Touch Fishing buzz, but the proof is in the catching and over the past three years I would have them near the top of my ‘most successful lure’ list without a doubt. The 3-inch Bubbling Shakers on a dropshot rigged wacky will catch most things it seems. Check out what the Reins team get up to > Reins 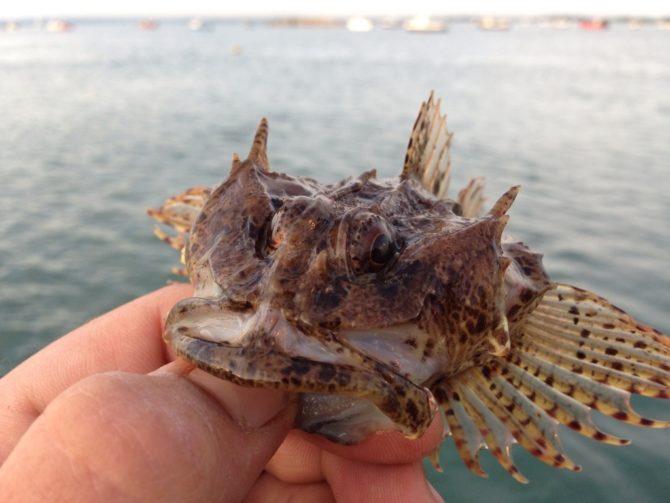 A killer combo when inshore LRF’in for me is the Reins Aji Ringer / Daiwa Rockfish Jighead. They marry up nicely and work a treat on the low water marks where I may be fishing in only three feet depth. Wrasse are curious and the colourful Daiwa Jighead I’m sure counts for as many takes as the plastic. 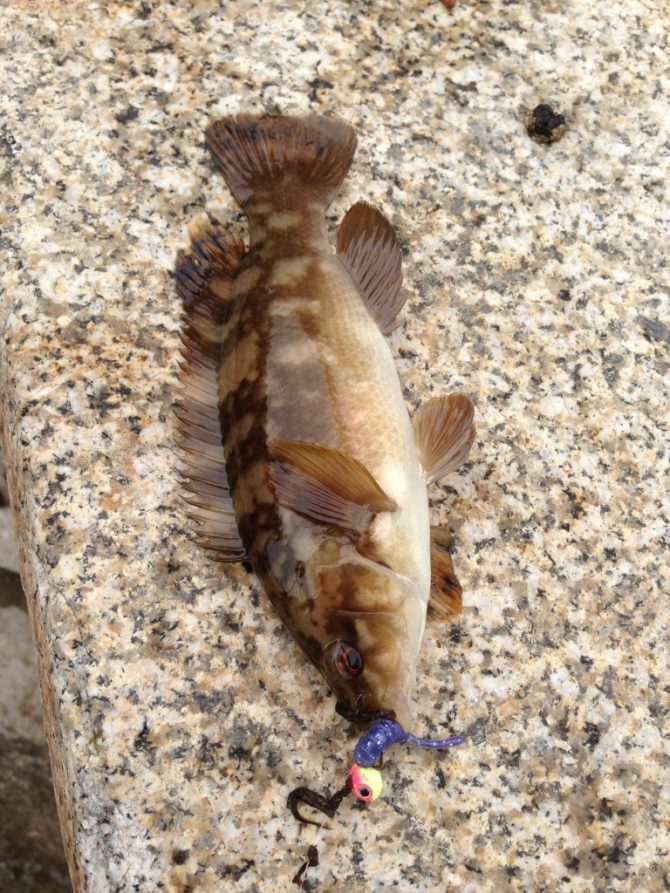 Ecogear go hand in hand with rockfishing and have accounted for plenty of fish in what is my old mate Chris’ first season LRF’in. A box of the Ecogear Pocket In bits and he his catching lots. 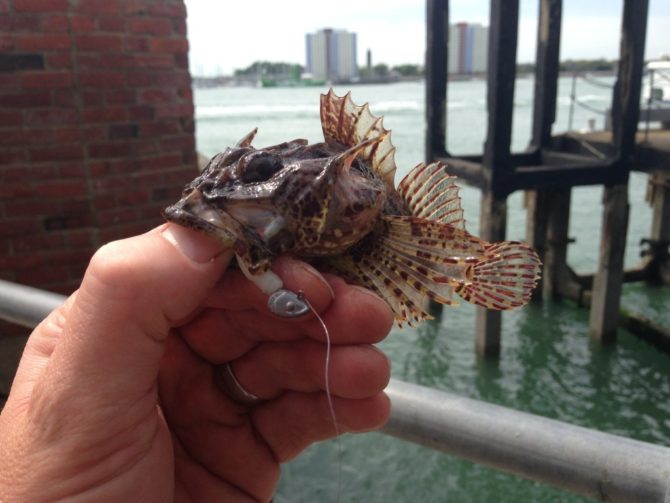 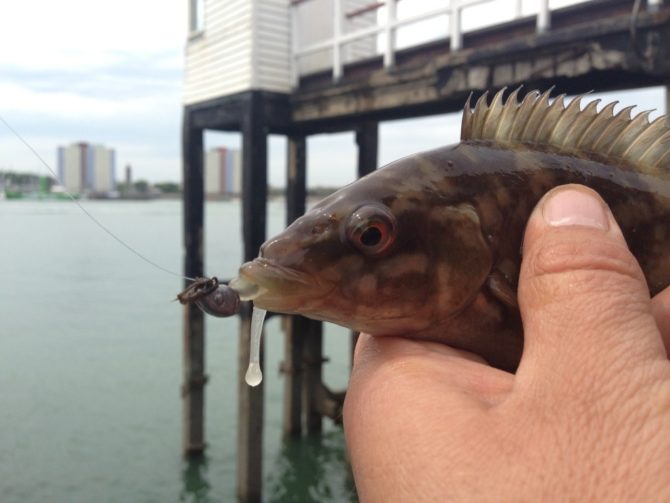 You may have heard of the Fish Arrow range of plastics that are beginning to seep into the UK. I have had some for a few years after picking a few packets up in France and it is fair to say that the attention to detail is great. I’m sure that they will account for plenty of Bass this year but for now here is a Bass intended lure gobbled by a Ballan. 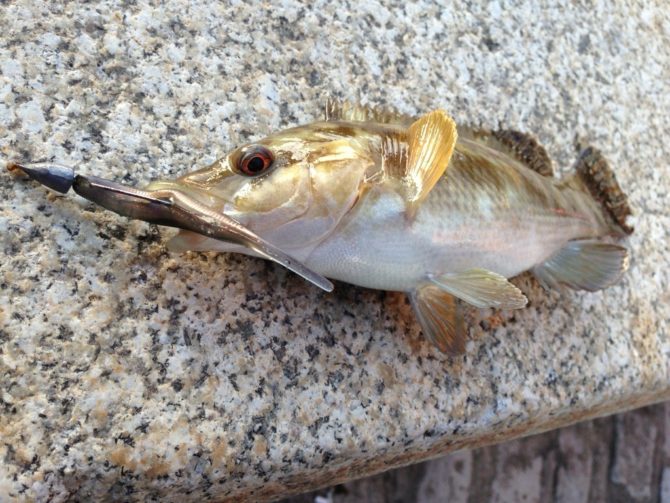 Another Ballan to sign off and not a bad size for a harbour fish. 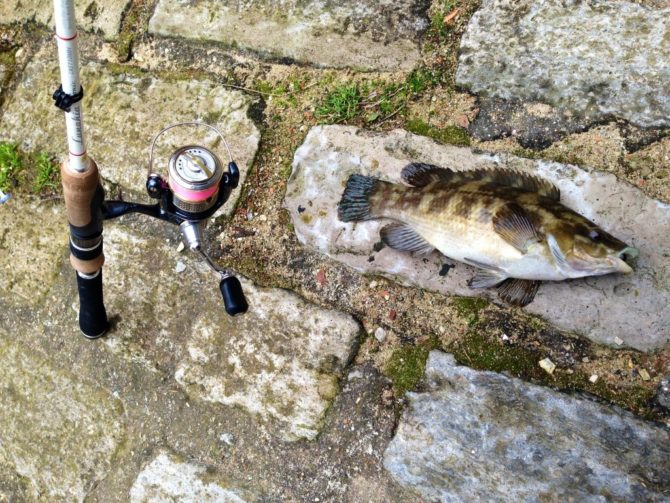