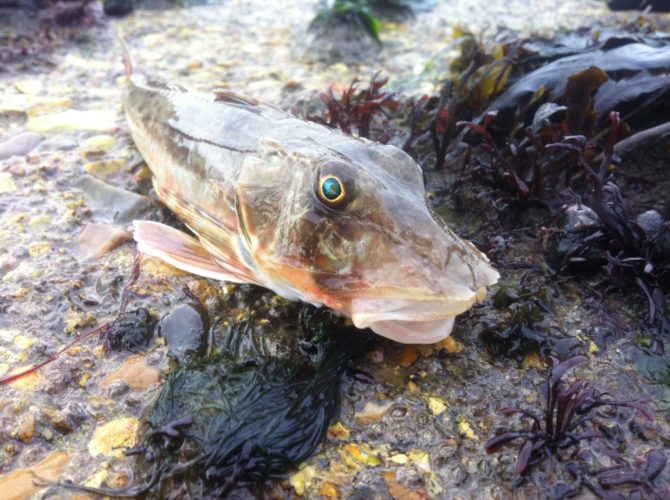 Like lots of fellow anglers I like to keep a tally of species every year and I enjoy the challenge of seeking out a particular species to tick off the list. In the old days of bait-only fishing I would hit maybe 18-20 species a year, but now I mainly lure fish that total has risen year on year. Before any bait-boys get there bait elastic in a twist, this isn’t because fish all of a sudden like plastic more than food. It’s purely down to the fact I am fishing more. Lure fishing for me is all about freedom to wander without being pinned down to one spot and if the fishing is poor I can wander straight home again without feeling obliged to stick it out because I have spent a fortune on bait or set-up the beach buddy for a cosy night watching the rod tip. The net result of my laziness and lure fishing’s easiness is that I get more time to fish because I can go at the drop of a hat without putting tons of prep into a session. 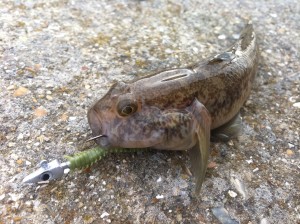 LRF is the greatest asset to the mini-species hunter and it’s the perfect way to target the Gobies and Blennies that will keep a yearly tally ticking along. But what do I do when I need something different? Round my way, if you want something a bit weird then it’s time to fish Southsea Castle. During my beach fishing days this area would throw up unusual fish from Red Mullet to Gilthead Bream and although I would very much like both of these, the humble Tub Gurnard was a far more achievable target. Not common from Portsmouth beaches the Tub Gurnard like broken ground and this is a rare commodity local to me but at low water behind the castle I knew I had half a chance of finding the right ground and the right fish.

I tried a few methods before fishing a Power Isome on a 3.5g Decoy weedless jighead and I simply wandered along the shoreline casting around before moving along a few paces and repeating. But without so much as a touch I was wondering if I had left it too late in the year, but I stuck at it as I hate to blank. Once the first flood started things began to improve and I got a few tentative takes which if I am being honest stopped me going home. So I focused on two ‘swims’ that just felt right and fished no more than 10 yards out slowly retrieving the Isome along the bottom. After a couple of hours I had the take I had been waiting for. I knew instantly it was something different. A very subtle take and I had to force myself to keep reeling and eventually the fish committed and got hooked. I will not pretend that this was the fight of a lifetime, but it gave a good show in the shallow water and I was relieved to lift this little fella from the sea. 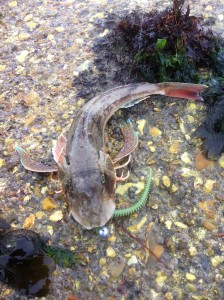 Mission accomplished and back indoors for lunch. Can’t be bad. I can say without any shadow of a doubt that if I had been bait fishing that day in that spot I would not have caught that particular fish as it took the lure in 2 feet of water and only 5 yards out. Just shows where these fish like to hunt on a flooding tide.

For the record I am on 27 species for the year, 22 are lure caught with 20 of those LRF captures. I hope to add to that list yet this year with a few winter species to aim for. What I wouldn’t give for a lure caught dogger!!!!