It seems an awful long time ago but back in August I discovered Megabass Hiraishin 475 Numa Ebi plastics while browsing through the web and after reading up a bit I ordered a couple of packets as kind of all round HRF lures mainly with the boat in mind but quickly found they are the all-round plastic I never knew I needed!

I have almost done my way through a couple of packets in no time with the Wrasse in particular very keen on them being twitched back in very short sharp bursts, the Wrasse below both fell to this method. 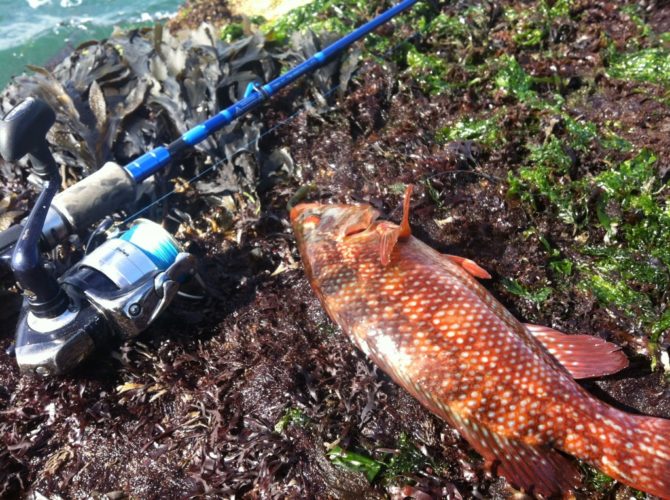 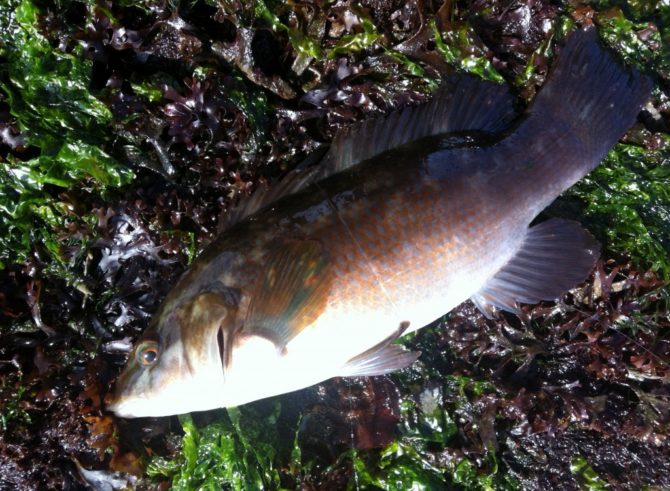 Scorpions are always ken to get involved and this fella didnt mind eating a lure as big as him. 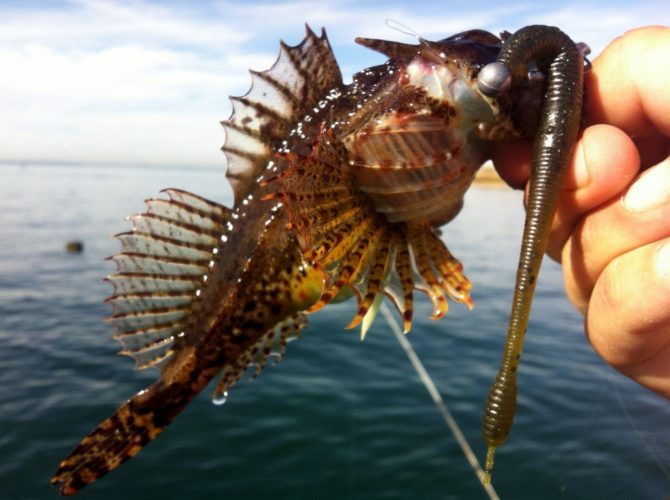 When the Wrasse are on it they will inhale lures and again this fish took the aforementioned Megabass lures only this was from the boat and a different stamp of fish altogether. Id say at 4lbish this fish was as good a scrap as I have had in a long time and almost found the limit of my little Hearty Rise rod, the jighead is a 5g 4/0 Delalande. 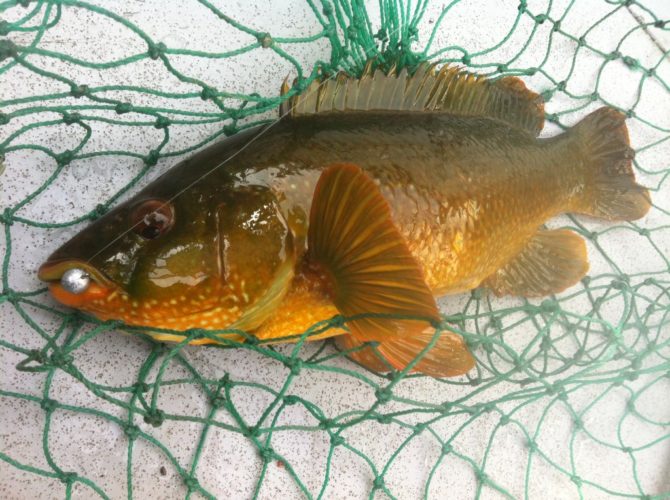 The same boat session produced plenty more Wrasse through the day but only once we suited our lures to the drift speed of the boat, we went from no fish in three hours to a dozen in two once we got our thinking caps on. Not all lures will fish from the boat and trial and error are the only way of ruling them in or out but occasionally a lure I previously had ruled out rules itself back in again, the Reins 3″ Bubbling Shad are one of those lures. I had high hopes for these when I picked them up in France but they never quite delivered until now. 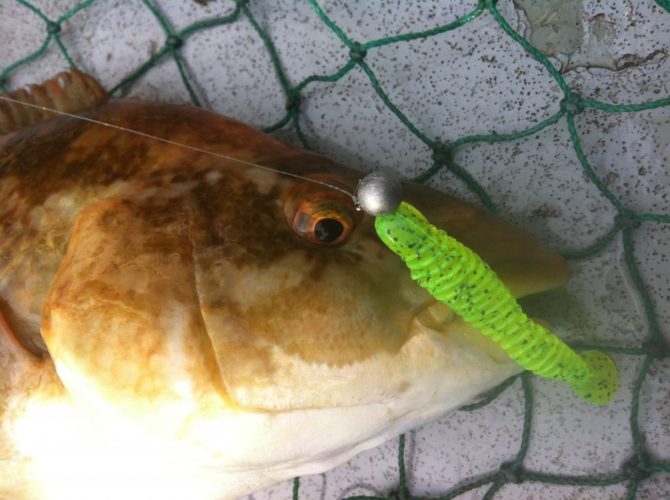 For a while I had a take every drop on the above lures and they have firmly found themselves back in the ‘like’ box!
I urge anyone who boat fishes to give Wrasse fishing with plastics a go, my set up was a 5-18g rod and a 2500 Certate loaded with 8lb braid should anyone wonder what I am using.

Adam took a nice Pollack to mix things up a bit, we are discovering all sorts of new marks for luring all the time and among the mussel beds we were fishing that day and have fished many other days we noticed on our fish finder a wreck we hadnt seen before, not very big but we drifted it a few times and up came this nice size fish for our area. 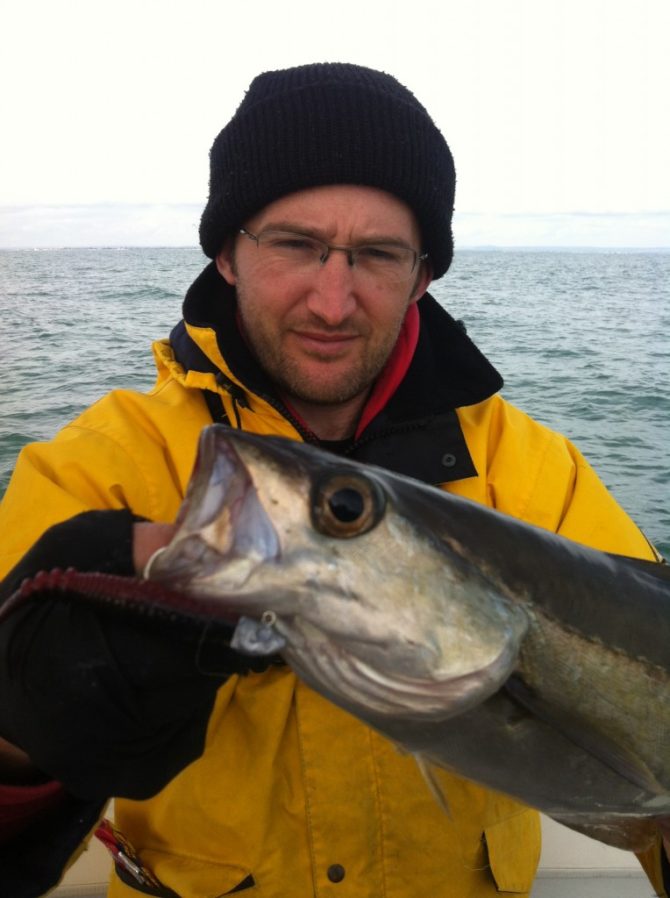 Whether its trying new lures or re-visiting old ones soft plastics add a variety into fishing that bait never can. I get excited by trying things that probably have never been attempted before, certainly in my part of the world, and with every cast of a new lure in a new spot I have that feeling that the next take could be something special or unusual and that keeps me fishing. On that theme I got lucky with this fish, I have always thought Golden Greys are limited to a few beaches around the coast and as a result I had never really given them much consideration in the past but it seems they are right on my doorstep and although I didnt target one I was happy to get attached to a nice Golden Grey Mullet of around a pound and a half and very lucky considering the iphone the pic was taken on took a swim shortly after and this was one of the few photos that survived. 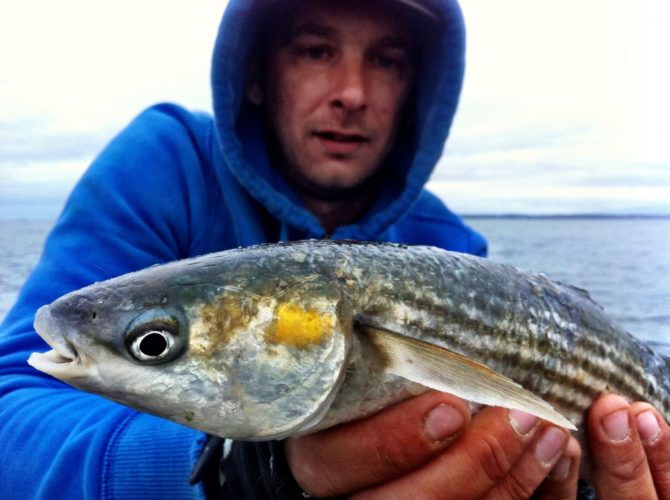 Next stop, Cod on plastics, dont hold your breath but its worth a try!
Tight lines.

« Vanfook Worm 35B Flat Offset Hooks» Home and away… LRF