I am thinking of getting some clothing branded ‘Light.Rock.Fishing-LRF’, more than once I have been approached by fellow anglers within my club and been asked ‘what is that fishing you do, with the silly light rods, fixed spools and rubber eels?’ and I have to go through what it is all about and where to find some info online. I’m happy to as I love LRF and keen to spread the gospel. The reason I have to go through this fairly often is I am having to tell each individual angler in my club one by one as they don’t seem to want anyone else to know that they are actually quite interested in targeting Scorpion fish, or Bream, or Gobies on ultra-light tackle. It’s just not ‘grown-up’. So to save them the embarrassment of having to ask me about about light rock fishing, if I had a t-shirt that read ‘Light.Rock.Fishing…Google it’ I would ensure that people still got the info without letting their mates know that the thought of a Tompot Blenny on a plastic using .3PE line excites them every bit as much as 50lb conger on bait with 2lb of lead. I hope to see some secret LRF’ers out on the sea soon and can be sure that when they catch their first Bream, Wrasse or similar on LRF gear they won’t keep it to themselves for long!

Plenty of LRF for me this week, with the small tides and breeze-less evenings it worked out nicely to fish over low water in Langstone harbour entrance and try some all round fishing without targeting anything specific. With tons of baitfish around the signs looked good so I went straight to my smallest jig looking for Pollack, Mackerel or maybe even a Bass or two but despite lots of follows and tentative takes nothing was doing, it felt like they could not decide what to eat as there was just too much food in the way! I kept on though and caught the smallest Mackerel ever, no longer than my little finger and a bait anglers dream. This was followed by was I initially thought was an Anchovy but after some deliberation I put it down as a tiny Herring. 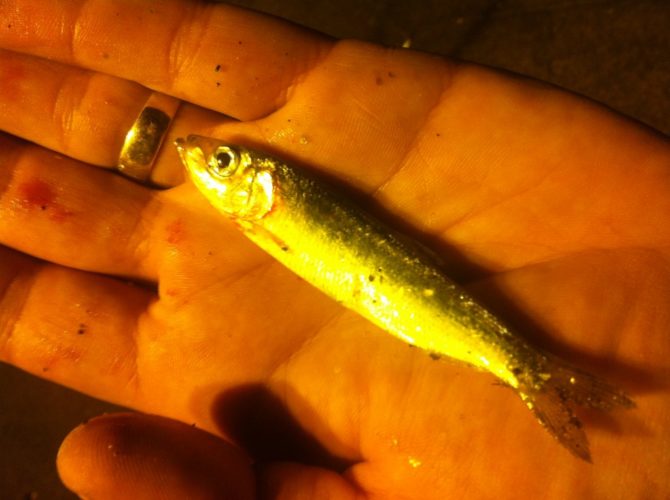 As the tide slackened right off I fished the bottom and what I have learned over the past few years is that its not only the main predators that get excited by the vast shoals of bait-fish its also the mini stuff underneath on a high state of alert ready to take advantage and with this in mind I broadly matched the hatch with a 1g cone jighead coupled with a Reins Aji Ringer Shad in white. These are the softest of soft plastics and ‘swim’ with the lightest of movement, a really successful lure for me when there is no tide or wind and I can get stay in touch with everything that is going on. 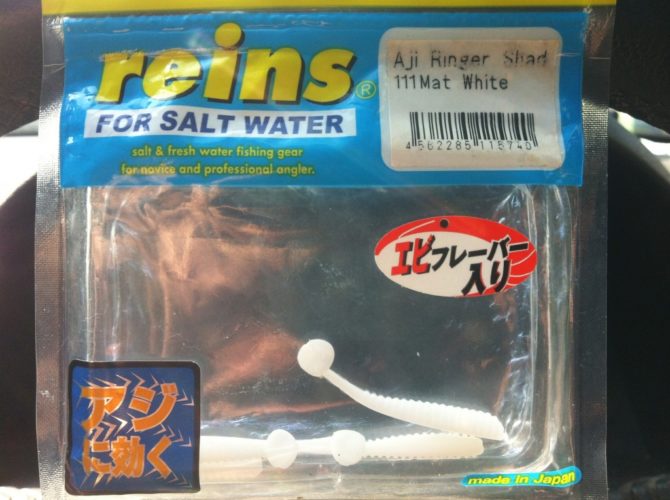 Lots of fish caught using the above lures over a couple of nights, Scorpions were the mainstay and some real chunkers too! 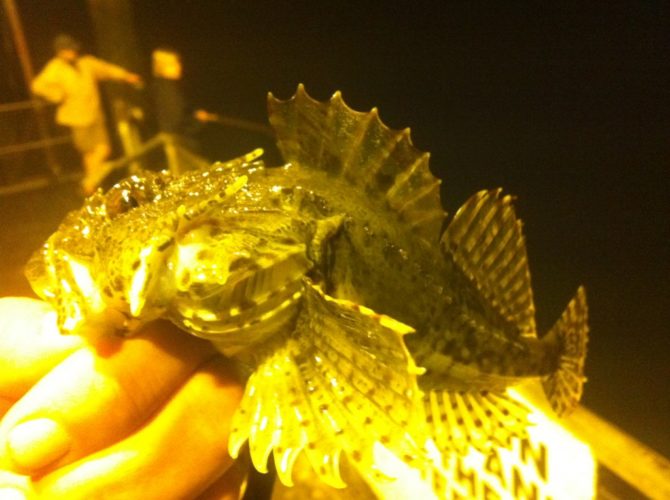 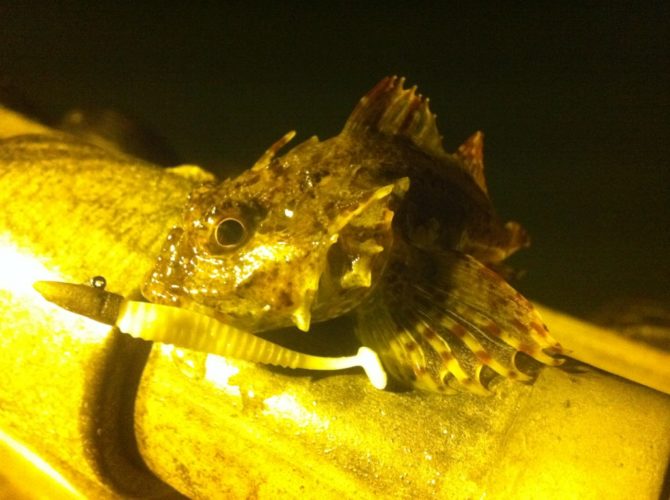 The Rock Goby was also a regular visitor 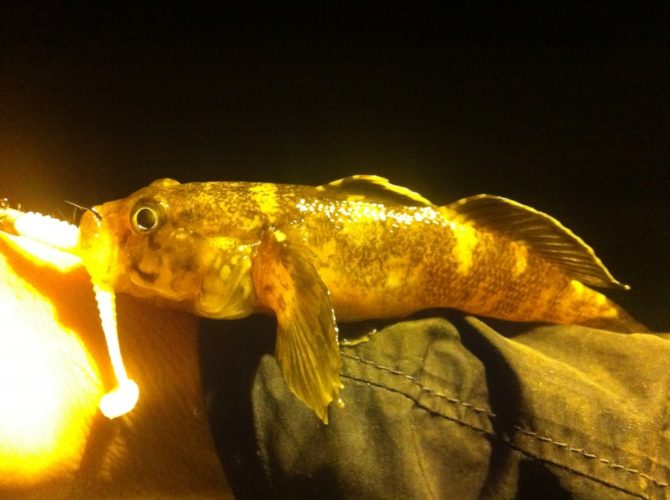 Throw in a few tiny Pollack and Pout and while I had nothing I hadn’t had before it was very enjoyable fishing, just as I packed up lots of Mackerel and Scad arrived and for a moment I contemplated hanging around as night fishing for these is fun but I resisted the urge in an attempt to get up early the next day to try for some of the different Wrasse species in one of the very rare rock marks around my way. Sadly, although I saw a Rock Cook which is high on my list I couldn’t pick them out from the Ballans but I will be back on a bigger tide! 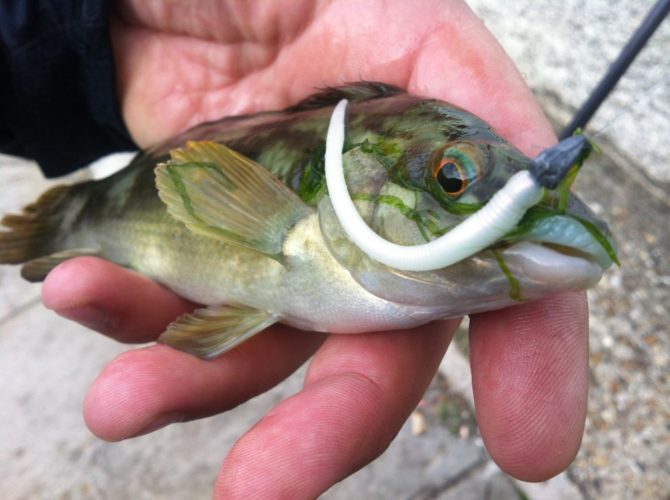 This little fella was taken on an Ecogear Aji Shokunin again in white, I have had to persevere with these a bit to find the best way to fish them and for me they are best twitched upwards where they become erratic then left to freefall. Scad are the intended quarry for these lures strictly speaking but Wrasse wont pass one up when twitched past its nose.