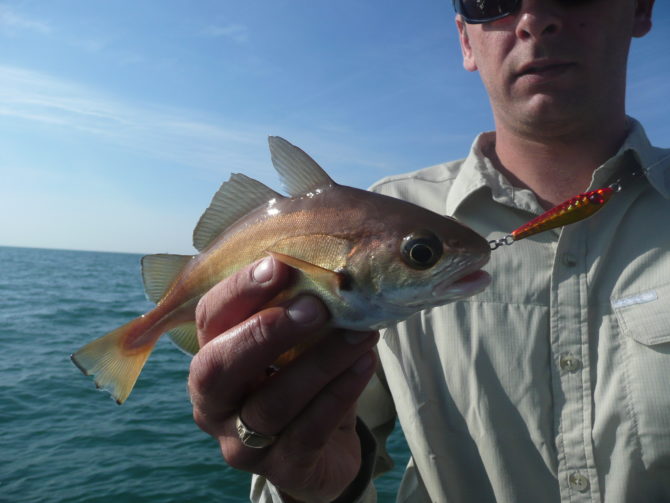 Has this been the windiest year ever? It certainly seems that way to me and lots of fishing plans have fallen by the wayside as we simply could not get out in the boat. But when the weather eventually gave us a chance recently, we filled the boat with rods and lures with the intention of getting amongst a few fish. Always keen to add to the species count we headed to a wreck that lays in 15-20m of water that we know holds a variety of fish and is just about LRF’able. Scad was the first target while we were confident of picking them up first, we had to set the drift up to pass the spot on the wreck the Scad hang out. Inevitably the Pout were all too quick to grab the jigs before we could find the intended quarry.

A few Mackerel and many more Pout later we found the Scad and it seemed that although they would hit most jigs they preferred white or silver lures and this ties in with a lot of the Ajing lures available. 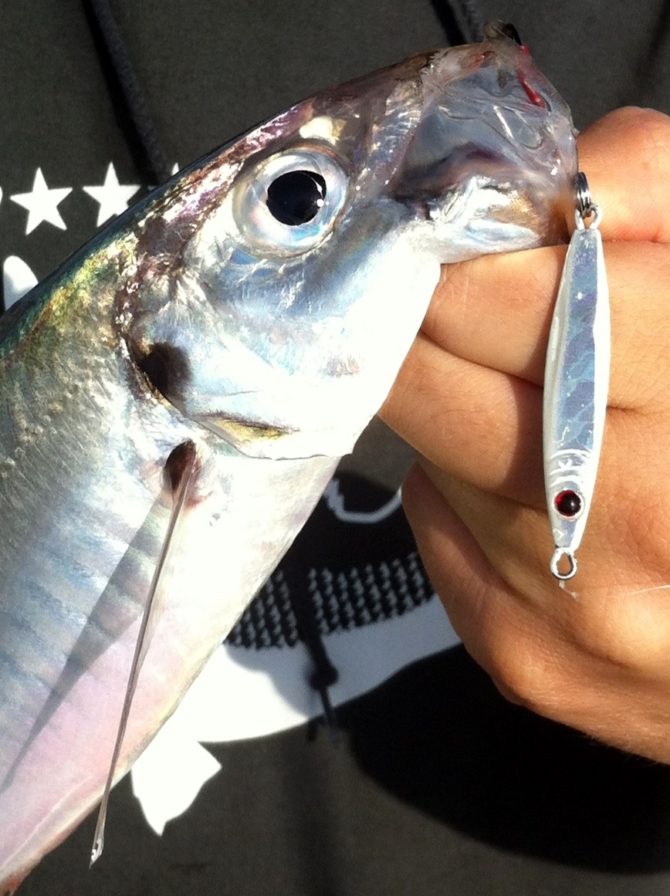 Once the Scad were ticked off, we headed further out hoping to find some birds working and soon our attention was grabbed by some action very close to the Nab Tower. A couple of anglers were fly fishing close to the structure so we watched for a minute or two and switched lures over ready to see what was around and figure out where the tide was going to take us. The fish finder was showing bait fish mid-water so we sent down various lures to gauge what was happening and not surprisingly the Mackerel were all over the smaller jigs first, but I stuck with my LRF set-up simply because the tide was allowing me to do so. Soon enough I got hit by a Bass, only a small fish, but this was a mark we had not lure fished before so it good to know they were around. 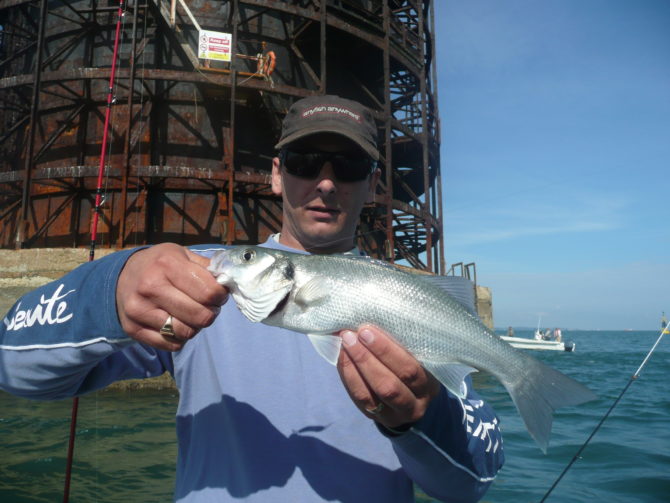 As the above fish came to the net we could see around half a dozen of his mates behind him, turned on by the commotion. One of those rare moments when the Bass were ‘on it’. As the tide increased, we increased the size of lures and switched over to plastics. The most effective lures had a shad or paddle tail with the Bass hitting them both on the retrieve and the drop. We spotted a few fish on the surface looking purposeful and they would often follow lures right back to the boat before casually turning away at the last minute. Adam took the best fish of the six we had in what was a hectic hour, before the fish moved off as the tide picked up. 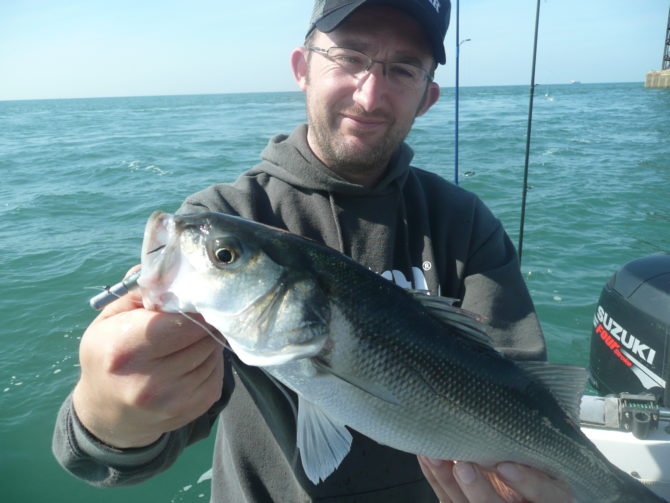 We spent the rest of the day trying various things, some worked, most did not! Keen to squeeze in a summers worth of fishing into a day we missed a few tide windows that maybe would have given us a chance of some weird stuff but we were just pleased to get the boat wet and more than happy with what we had. Not least a bit of sun and settled weather!