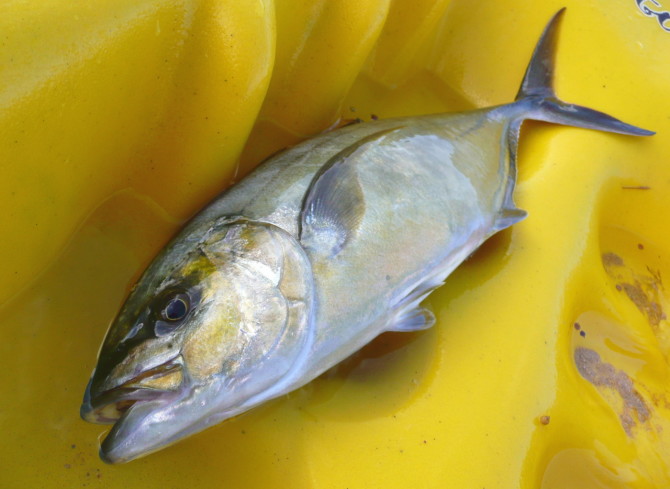 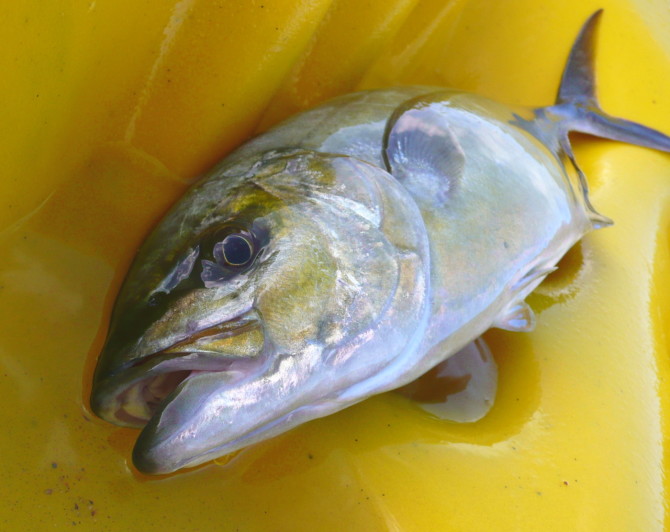 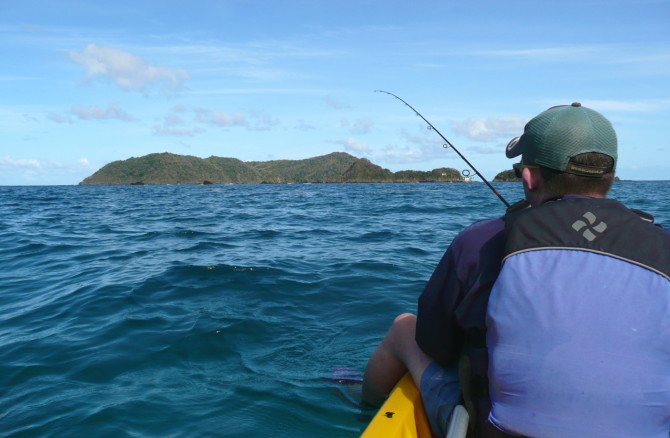 Proving to your loved ones that you can think about stuff, other than fishing is all well and good, but there are limits.

It was our last full day in Tobago.

The Blue Waters Inn sits on the water’s edge in a pretty little bay, framed by Goat Island and Little Tobago. For five days, on and off, I’d sat on our balcony, or at the bar and gazed out to sea. Externally I think I was getting away with ‘devoted boyfriend’ status, but internally at least part of my brain was proactively scanning the water for signs of predatory fish. I’d worked out the Magnificent Frigatebirds were pretty useless at spotting fish and that you should only get excited when the Laughing Gulls or the local Brown Pelican showed up. I’d also worked out the precise time of day the baitfish lost the advantage as the tide started to race around the left hand point of the bay. I’d watched countless baitfish reach their demise at the hands of unseen predatory monsters and that last day I needed to know what they were. I couldn’t resist any longer.

So at ten to three, I grabbed a small amount of tackle and my camera, signed my life away at the dive shop and found myself paddling out to the deep blue on one of the hotel’s kayaks.

Sure enough, I could see the silver waves of fleeing baitfish trying to avoid a murderous outcome. Typically the closer I got, the further away the activity would reappear. It’s all very well with an engine, but this was becoming hard work! So I stopped and bobbed about in the kill zone.

It was the right choice as luck would have it. A large raft of Sargassum weed was a way off in front and I could now see what was happening. The still unknown pelagics were herding the bait towards the mat of weed. When the baitfish reached it they would try to get on top of it – pretty much out the water – but the preds would come up at the weed from below and try to inhale the bait right through. The sound was incredible! Imagine twenty amphetamine-fuelled carp slurping pedigree chum off the surface like they were disco biscuits. But this time the dog biscuits are trying to escape!

I punched a 3.5″ Rockvibe Shad far over the weed mat, flicked the bail-arm over and set winding speed at supersonic. I knew it was a single chance as I wasn’t going to get back through the weed.

I love that expectant feeling you get as you cast at a shoal of Mackerel in the summer. That happy serenity before all hell breaks loose. This was just like that.

I didn’t get hit until I was within a metre of the weed. For a split second I thought I was caught up in it. Then at that precise moment, my Stella instantly found her true vocation. This was no goby.

The fight was as good as you would think it was. Imagine yourself attached to a 4lb mackerel with tropical super powers and a 10g rod. Big smiles.

AND managed not to fall off the kayak landing the thing! Result. There actually is a use for fish grips after all. This. I’m not a kayak fisherman but I now have a new found appreciation that you need more than two hands for this caper. Fair play chaps.

I had thought the fish was a Blue Runner as the fish had an electric blue stripe along its back. However I now believe it was actually a Bar Jack. I don’t care too much. It was a beautiful creature regardless, made all the better by releasing it back into the crystal clear water.

I didn’t even make another cast. Job done.

Paddled back to shore like a boss for a celebratory cocktail. Get in!