Despite being kept away from the boat due to the weather it has not stopped me nipping out now and again with a bag of plastics to see what I can find. A little mark I fish in Langstone Harbour has thrown up all sorts of species over the past year and later in the summer is alive with bait fish after dark which can be an LRFers dream, but has so far been slow to produce. I fished this particular spot a few times this week just as it got dark and it coincided with the top of the tide/slack water so I was hopeful of at least a take or two. 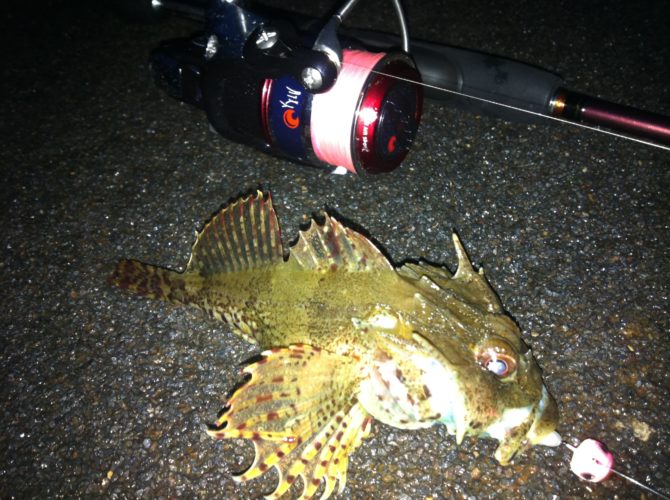 I am going to have to stop putting scorpion fish pictures on here one day, but for now as long as they find my lures I will keep showing them off. I lost count of how many I had in the end, they just kept on coming, generally they would take a static lure given a very slight amount of movement, I was having a Daiwa moment so fished the excellent little Daiwa Rockfish jigheads along with a white (again) Daiwa shad, the combo was completed with my little Daiwa Gekkabijin fixed spool. I eventually switched methods to a drop shot Power Isome to try and attract a different species or two but with no luck, when the Scorpions are angry they seem to attack everything put in front of them!

A long weekend with the boss (wife) recently gave me the ideal opportunity to try some new locations. Torquay was the destination so with plans of adding a species or two to this years list and also some genuine rockfishing I was quite excited. Quite by chance my good mate Adam just happened to turn up in Torquay at the same time so it seemed daft for us to fish separately, this, my wife thought, was quite a coincidence but she was good enough to let us go out and play for a few hours! We fished hard in several different places over that weekend and it was tough going, an occasional mini Pollack saving a blank session. We eventually hired a boat from Dartmouth to give us a chance of something at least worthy of getting the camera out for. These little self-drive boats are a great way of exploring some open water but again despite trying all sorts of methods we struggled. If the going gets tough then its Power Isome time and once again these little worm imitations done the business, using my LRF set up I managed to coax a small shoal-Bass, my first of the year in fact. 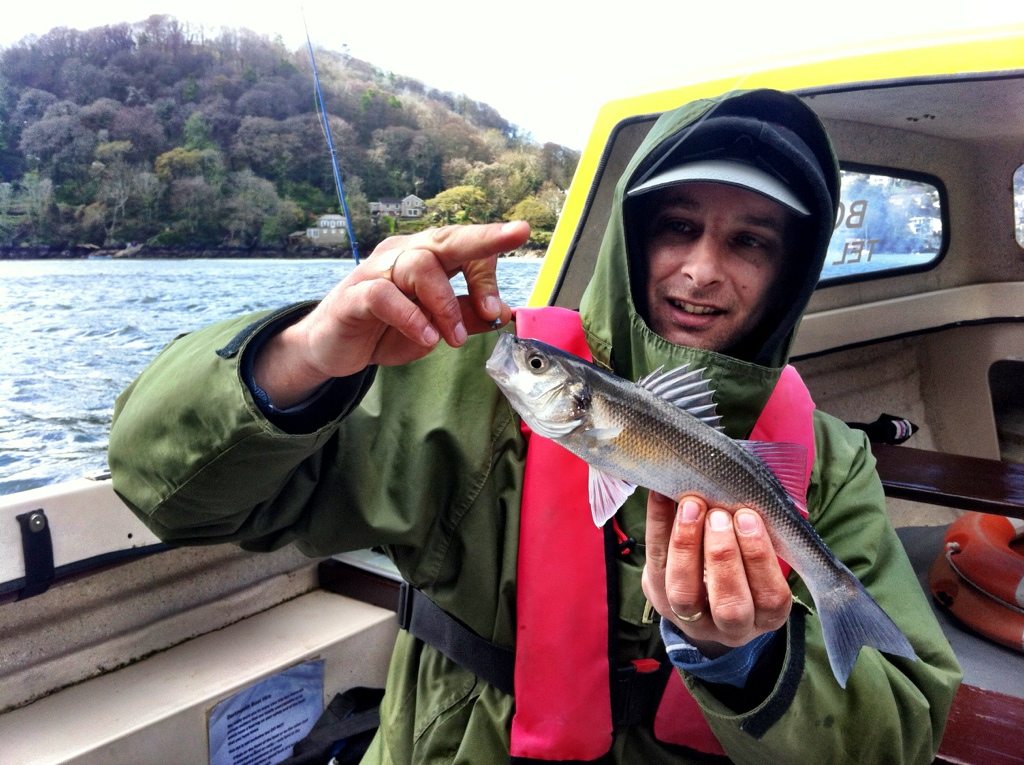 We hoped this would lead to a few more Bass but this was the only take of the day. Maybe we were fishing in all the wrong places or doing the wrong things or both, either way we concluded that it was time to find a pub to drown a few sorrows.

Apart from an enjoyable session on Torquay breakwater catching Pollack on Quantum jigs at night we never really got a taste of some of the great lure fishing available in Devon and will return later in the year when hopefully we can find a few more fish.