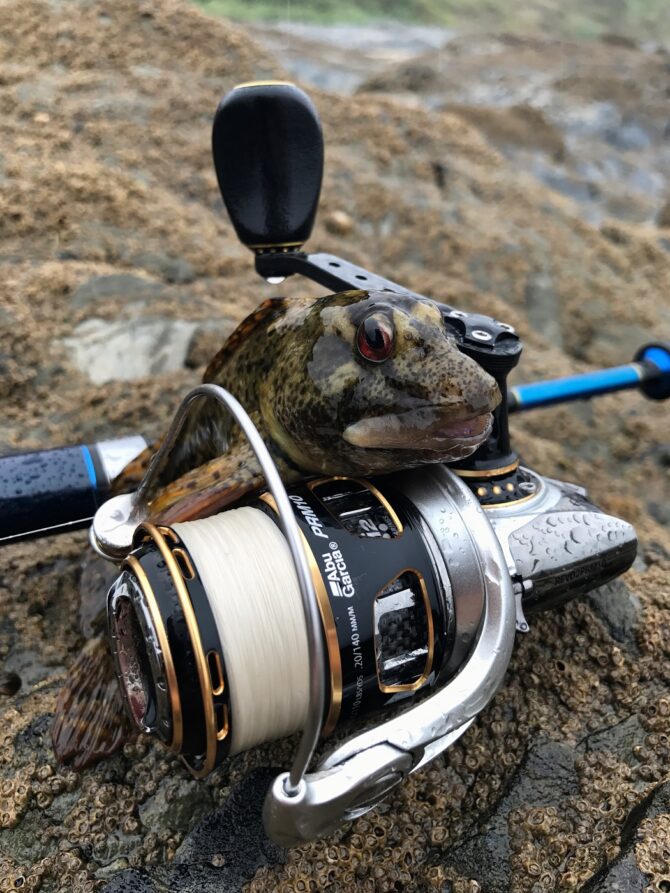 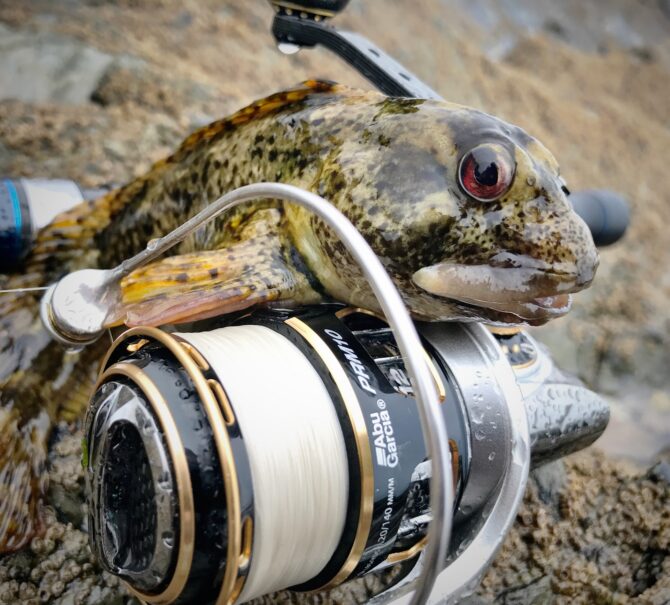 As I write this, my Revo Premier Spin 10 by Abu Garcia is sat collecting dust on the shelf. The reason it hasn’t had an outing for a while is that the anti-reverse bearing has failed. It’s only a problem in the cold, but the result is a sudden slip into reverse wind when the rotor is under tension, resulting in sore knuckles or worse, a lost fish. But don’t get me wrong, this isn’t a negative review at all. Far from it.

To give the Revo Premier Spin its due, I have absolutely hammered this reel. It was my go-to LRF reel for quite a few seasons. In retrospect, the reason I’ve loved using the Spin 10 so much is the relationship between its performance and its price. So what do I mean by that? Well LRF and other urban fishing styles are pretty rough on spinning reels. I’m forever smacking the reel rotor into whatever railings I’m reaching over to fish, or dumping the reel on the concrete while caring for my catch. I managed to buy the reel for somewhere close to £100, which while not exactly budget, is a lot cheaper than the other reels I use on a regular basis. And what I realise now is that I’ve really enjoyed my low-stress, urban fishing with the Revo Premier.

So given that my Premier Spin 10 has stiff competition from other reels I own, including JDM gems, right up Shimano Stellas, I should try to quantify why I like it so much. Firstly, the drag. The drag on this tiny size-10 spool has been flawless. I’ve fished 3 and 4lb leader over many, many sessions and I’ve never given it a thought. The drag has fast start-up and is very smooth. I never feel like I’m left wanting. The spool is ported making it light and improving the looks over the standard Revo Spin models.

After drag performance, probably the next areas of focus for a light lure spinning reel are light-weight and smoothness. Weight-wise the little reel weighs in at a respectable 181g. Not the lightest on the market for a 1000-sized reel, but not enough for me to notice in practice. It’s still a very light reel. In terms of operation and smoothness, Abu Garcia managed to squeeze 11+1 bearings into the tiny 10. It’s smooth. Again, my Stellas and JDM Daiwas have the edge for sure, but not by enough to feel like I’m missing something while fishing with the Premier. Apart from the already mentioned issue with the anti-reverse bearing, performance has been above average and reliable. I haven’t had any problems with the line roller, something I seem to always be coaxing back to life on much more expensive reels!

So performance has been great, what about cool-factor? It’s a hard-sell to say anything in Abu Garcia’s Revo platform of spinning reels is ‘cool’, and really the main reason for that is that Abu use the platform for such a wide range of price-points, from around £89 RRP all the way up to the £359 MGXtreme. It’s clearly a spinning reel range from a manufacture that’s as focused on profitability, as it is performance. But in the Revo Premier Spin you do get quite a lot of goodies. The silver paint scheme (which already had small flaws when I unboxed it) is dressed up with ‘milled’ black and gold engine plates, the heavily ported, matching spool and the best bit, an absolute beaut of a handle. For me, the carbon handle makes the Premier Revo. It looks amazing. I can’t quite believe it’s a factory part. It’s also very light. The foam handle knob matches the milled engine plates in black and gold. Certainly, I’m far from embarrassed to be seen using this reel.

In summary, a reel that has pleasantly surprised me in its performance and features for the price point. Writing this has made me more determined to find a replacement bearing to get my Abu Garcia Revo Premier Spin 10 back to duty. Definitely recommended from me.