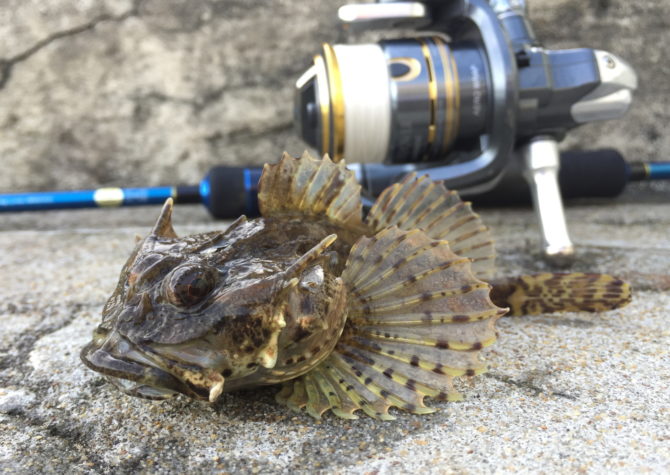 Stopped off at Poole Quay on my way back from wrasse fishing further south. Of course I had an LRF rod in the car! Even though there was a boat show on and a loud band performing right on the quay front, LRF showed results straight away. It was apparent that there was quite a bit of natural food in the water, with fry and shrimp up in the water, seeking refuge among the weed on the harbour wall.

Confidence buoyed, I worked my way along the quay, fishing where there wasn’t a ton of people. The fishing was good enough that I put the Isome away and started using unflavoured plastics to good effect. Even though it was harder fishing, the satisfaction in the result was greater. After a long winter and a slow start, it reminded me what it was all about. I predict that I’ll spend a lot of time in the office this week, thinking about future LRF sessions. Bring it on!