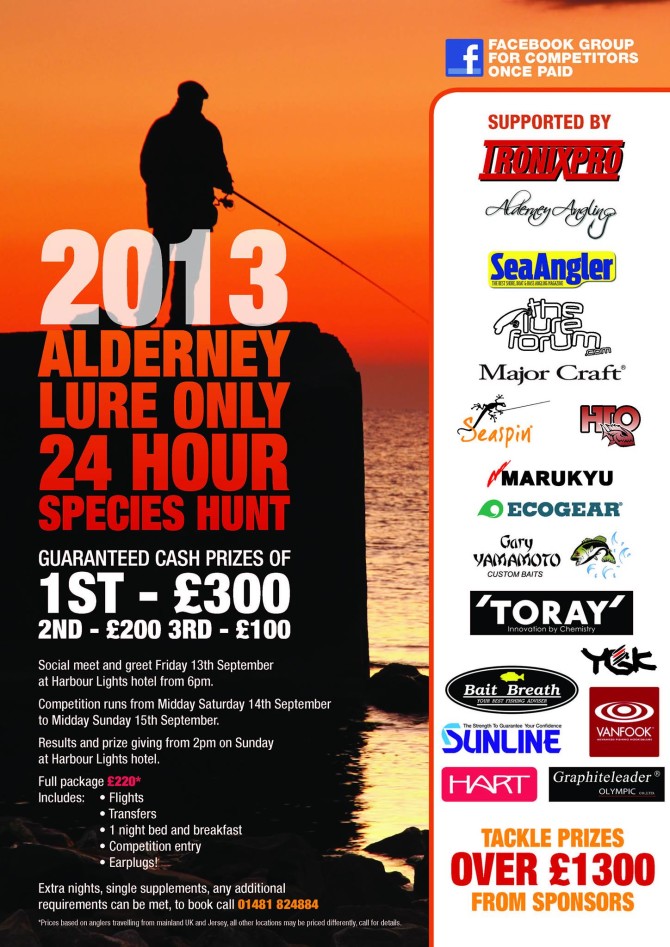 Lure only species hunts are a lot like buses. You wait for ages and then two come along at once!

I’m like a kid in a sweet shop here. If it wasn’t awesome enough that in a week’s time I’ll be preparing for the 2013 Cornish Lure Festival, I’ve just seen this on Facebook. Tronixpro and Alderney Angling have arranged a 24-hour, lure only species hunt on the beautiful island of Alderney. Dates are the 13th to the 15th of September and the event is generously being supported by Sea Angler Magazine, The Lure Forum, Marukyu, Nice Fish and Lure Heaven.

Hopefully more details will be released soon. Alderney is such a magical place – a bit of an angling mecca for me (despite only having been once before). This is the excuse I’ve been waiting for. I’ll take a divorce for this one. I’m in!!