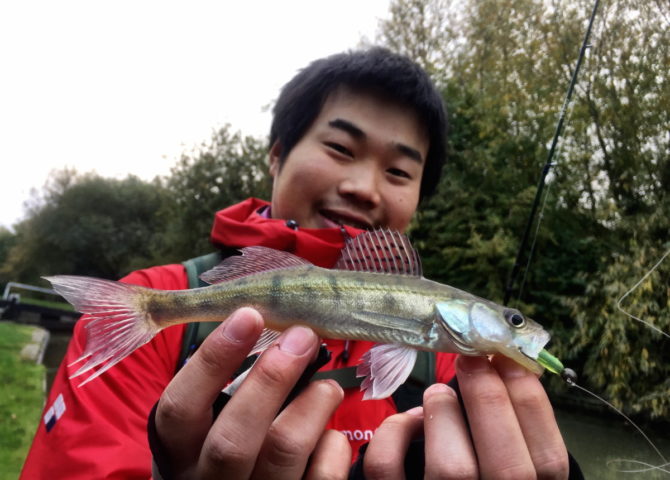 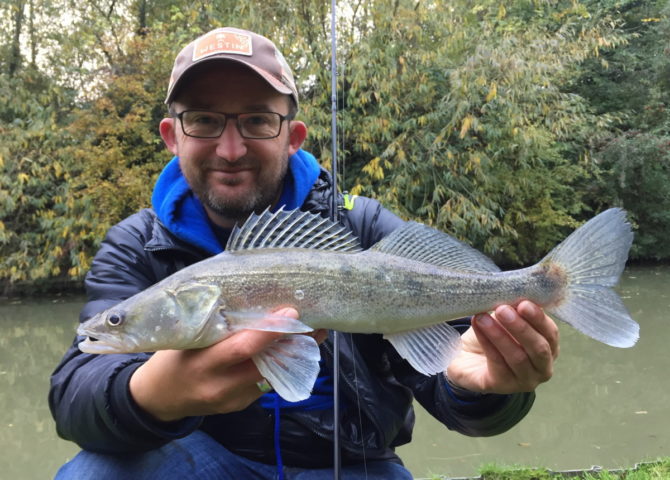 This tale of Zander fishing starts back in early 2014 when I was lucky enough to spend some time fishing with Masaaki Fukuoka. Masa was over in the UK studying and improving his English. We fished a few times over winter and although we had fun and caught many fish, there was an unfinished bit of business. Masa had read all about the Zander fishing available in Europe and wanted to try for his first. Because of time constraints we only had one shot at it, so early one morning we attacked the LACC waters near Leamington Spa. Regrettably, on the day we were faced with water the colour of chocolate milk and fishing was tough. We eventually found a shoal of Zander under a overhanging bush but when we both hooked one, they spat the hook. Schoolboy error. It wasn’t to be and Masa ended the day by saying that he would have “Zander Revenge” one day. We talked about it a lot on our way home and ‘Zander Revenge’ became a bit of a slogan for us.

Fast forward nearly three years and Masa has returned to the UK to research for his thesis. He’s only here for a short time but when he said he had a spare couple of days to fish with me, of course revenge was on my mind. But where?

I had promised to take Masa out on the boat and on Friday we had an excellent time catching bass and wrasse in and around the Solent. Time flew by and by the time we pulled up to the pontoon it was dark. Whilst we refueled in the local Wetherspoon’s pub, I inquired about the interest in Zander for our next day. Of course the answer was positive! The great thing about Mas is that he is so enthusiastic about fishing. It’s infectious. But we still needed to know where to fish. I knew just the man!

Even though my timing was atrocious, good friend John Cheyne was fantastically helpful. He instinctively knew where we would have good odds of achieving our objective and was generous with the information he provided. Best of all, he was confident and that was exactly what I needed at that point. After a long day afloat we had a couple of hours drive ahead of us in the bus, so we could be on the mark for first light. Hard as it was to keep my eyes open, we made it to the location, with spirits high. We slept in the van, contorted around a weekend’s worth of fishing rods and lure boxes.

A few hours later the alarm went off and it was time to right the wrongs. I’d been dreaming about Zander and I’m sure Masa had too. We were ready.

There was a time pressure. We had to catch our Zander before the first boat came through. John had anticipated that we didn’t have too long. Following John’s directions we arrived at our mark. Masa went one way and I went the other. It wasn’t long before I heard a shout from Masa’s direction. He was getting bites and had lost the tail from a couple of lures. I knew it was only matter of time before he pinned one, so I stayed well out the way, choosing a not very zander-like swim. Well you can guess what happened. I had one tiny bite for the whole session and managed to convert a Zander. I was slightly embarrassed as all the skill was coming from Masa’s direction. But hey, it was a lovely fish and quite possibly a PB for me in British waters. Can’t complain, but there was now some reverse reward for my success. The pressure was greater for Masa to catch. I crossed everything.

Thankfully Masa did manage to land one before the first canal boat came through and the bites dried up. It wasn’t big by any means, but it was Masaaki’s first Zander. We’d done it. Zander revenge!